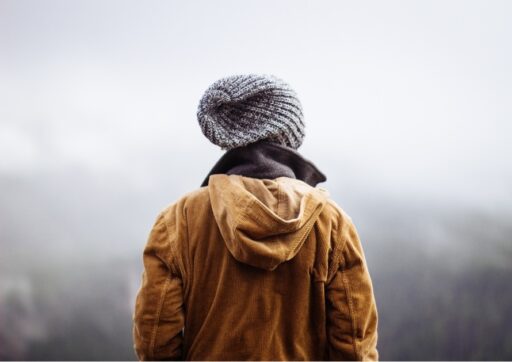 The internet has become a staple in American life, allowing us to work from home, stay connected with loved ones, and access a world of entertainment and information. However, 19 million Americans still don’t have access to broadband internet, which leaves them struggling to find work, complete schoolwork, and connect with loved ones — why?

There are many reasons why some Americans lack reliable internet access. Lack of access can be attributed to high costs, lack of infrastructure in rural areas, and the digital divide between those who can and cannot afford or use technology.

For some, it’s a matter of affordability — broadband internet can be expensive, especially for low-income families.

Costs include monthly fees charged by providers, the price of a computer or smartphone needed to connect to the internet, and data charges. In addition, many low-income households also pay higher prices for slower internet speeds. A report from The Institute for Local Self-Reliance (ILSR) found that in 2021, telecom monopolies are blocking better internet access for millions of Americans: users are being stuck with overpriced, underpowered internet plans with no other options. Comcast-Xfinity and CharterSpectrum, specifically, control over half of the country’s broadband market. Out of 117 million customers served by Comcast-Xfinity, 23 million actually don’t have an alternative. On CharterSpectrum’s side, 27 million are “captured customers” with no other option.

The practical monopoly held by these companies allows them to charge whatever they want without fear of competition driving down prices. Geographic monopolies like these make it difficult for people in rural and low-income areas to find affordable internet access, further exacerbating the affordability obstacle that leaves millions of Americans stranded offline.

For others living in rural areas, there may not be any high-speed options available. In rural areas or on reservations, their only option for the internet is through their cell phone data plan — which is often unreliable and expensive. Additionally, there are a number of families who don’t have computers or other devices that would allow them to get online.

Up to 14.5 million Americans in rural areas don’t have access to broadband plans with acceptable speeds, according to the FCC. This hurdle can make it very difficult for people without internet access to stay connected with loved ones, keep up with news and current events, or complete schoolwork or job applications. In today’s increasingly digital world, not having internet access can be a major hindrance to achieving success and reaching one’s full potential. This also directly influences the next obstacle to Americans going online — lack of skills or familiarity with technology.

The digital divide is a term used to describe the gap between those who have access to technology and those who don’t. This includes everything from computers and smartphones to the internet and social media. According to a 2021 report from the Pew Research Center, 7% of adults in the United States don’t use the internet at all. That number jumps to 25% when you look at seniors aged 65 and older.

Hard as it is to believe, some Americans are being left behind and made “digitally illiterate.” They may not know how to do basic things like send an email or fill out an online form. When was the last time you had to help an elderly friend or loved one with the most basic digital task? As more and more aspects of life move online — such as applying for jobs, getting an education, paying bills, etc. — those without reliable internet access are at risk of being left behind socially and economically.

So what can be done to successfully overcome these obstacles?

One solution is for the government to invest in expanding high-speed internet infrastructure across the country — something that would require substantial financial investment but could ultimately pay off by boosting economic growth nationwide. Even though the FCC has been working to close the digital divide by expanding broadband access across the country, there are still millions of Americans without reliable internet connection at home.

Another step in the right direction programs for more affordable plans, such as the Affordable Connectivity Program. Regardless, there are a lot of gaps to be filled between the limited reach of these programs and inefficiencies in their implementation. Even the program mentioned before is finding itself at a slowed pace reaching the American Rural West.

The slack is often being picked up by the private sector. Private companies can offer affordable or even free broadband options specifically targeted at low-income families and communities lacking adequate connectivity. This same solution also addresses the monopolies that are further driving prices sky-high.

Rural4G is part of the solution. Our services connect to the internet using 4G LTE and are designed specifically to provide 4G internet for rural areas and even support activities like streaming and gaming. By rolling out 4G LTE rural internet as an alternative to satellite internet, we’re proud to say we’re expanding connectivity to the millions of Americans who are gradually being left behind offline.

Take a look at the Rural4G internet reviews our customers have provided. They had the same concerns as you. Let us help you the same way we helped them. Practically unlimited 4G rural internet delivered in affordable plans with reliable speeds that can support HD 1080p steaming and, best of all, the flexibility of no contracts.

Check out our plans today.

error: Our content is protected. Please contact us directly if you have needs or questions. Thank you.